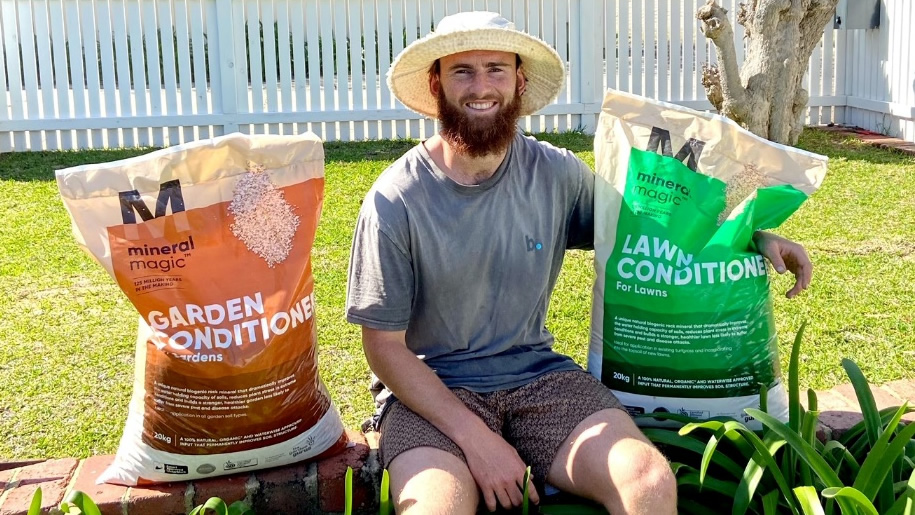 Q. So what does Fremantle Docker Connor Blakely do when he is not displaying his silky skills on the turf?

A. Ummm……………he displays his silky skills on turf!

Confused ? Well let’s just say that very few footballers pay such attention to the turf surface as does Fremantle Docker utility player, Connor Blakely. When he is not pounding out laps at Cockburn Oval you can often find him there sat on a mower or using a linemarker to mark out the Dockers next opponent’s oval.
Connor certainly qualifies for what is a huge recent phenomenon known as “lawn addicts” and has transferred all of his new found knowledge into his own residence to the stage where we believe a cricket pitch is even in the making !
Prior to laying all his new Wintergreen Couch, he did extensive soil preparation with a healthy dose of Mineral Magic after understanding his soil like most in WA, was hydrophobic.
Connor is also looking into the future for life after football and commencing studies in turf management to further his career as a professional turf manager.